The next 9/11 is on its way, this time in the form of an orchestrated flu pandemic geared at killing millions.

To jump start the orchestrated biological genocide, world-wide vaccinations are being planned as we speak.

But before you decide to vaccinate or not vaccinate, read A. True Ott’s article below.

For those who decide against it, there is a legal remedy, also listed below, in the form of a plea for federal declaratory injunctive relief. Read the injunction, personalize it and then take it to the Federal District Court in your region. END_OF_DOCUMENT_TOKEN_TO_BE_REPLACED

Interpreted: He respects the poison cup and and bloody dagger just like his master, Luciferian Pope Joe

The following quotes were taken from a FOX news article right before U.S Papal Rep. Obama flew to Rome to discuss the upcoming American Inquisition with Pope Joe

President Obama said the Catholic Church’s long tradition of social justice has had a “profound influence” on him — just days before he is to meet with Pope Benedict XVI on his first trip to Italy.

Obama told FOX News that he looks forward to reading the encyclical, a “circular letter” titled “Charity in Truth,” published by the Vatican.

The encyclical — set to be published on the eve of the G8 summit — has been seen as a message from the pope to leaders of advanced nations who will convene in L’Aquila, Italy,on Wednesday. END_OF_DOCUMENT_TOKEN_TO_BE_REPLACED

How can he get a fair trial after local papers have brainwashed readers?

The Tony Alamo federal trial on Mann Act charges begins this week with the opening of jury selection from a pool of 125 candidates from the Texarkana area.

Alamo has been held without bail since last September on charges he violated the federal Mann Act.

Sources close to the case say Alamo at one point during his incarceration lost more than 70 pounds and almost died until prison officials were forced to start feeding him.

He has also been unable during the last several days, an important time before his trial, to make phone calls to his friends, loved ones or anyone else who could perhaps help his case. END_OF_DOCUMENT_TOKEN_TO_BE_REPLACED

The Vatican American Holocaust – Why Your Silence is Their Consent

A recent New York Times article is preparing Americans to accept Pope Joe as the “King of Kings and the Lord of Lords”.

Why else would they feature an article with Joseph Ratzinger, telling the world to unite under a global economy and criticizing “a growing divide between rich and poor.”

Ratzinger, however, fails to tell people his geo-political killing machine, nicknamed The Holy See, has caused the great divide.

This story that appeared yesterday in the NY Times is just another example of more double talk coming from Rome.

Fortunately, while the Pope Joe , the dirty dog that he is, was foaming at the mouth with lie after lie, researcher Frank O’Collins was penning an article of truth, exposing those lies. END_OF_DOCUMENT_TOKEN_TO_BE_REPLACED

The Occult and World Revolution

Author Kevin Abrams, a regular guest on my Investigative Journal radio show, provided the link below to an informative synopsis to what’s driving the Vatican-led New World Order on a quest to destroy America.

The article entitled, The Occult and World Revolution, gives a good historical view of how America has fallen prey to a hidden agenda of Luciferians, disguised as “good Christians, Roman Catholics, Jesuits, Evangelists, bankers, journalists and politicians.

No matter if you have spent years researching Vatican and Jesuit intrigue or this is your first look at it, this is a good article to read found at http://www.hlinc-zionsake.org/Babylon/15-NWO-Revolution.html.

Here is a quick paragraph to get you started: END_OF_DOCUMENT_TOKEN_TO_BE_REPLACED 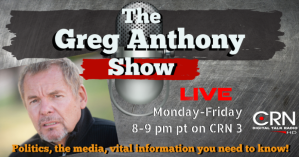